Cinco de Mayo celebrates Mexico’s 1862 victory over the French in the Battle of Puebla. (It’s different from Mexican Independence Day, which is on September 16.) Here in the United States, Cinco de Mayo has become a popular day to honor Mexican-American culture, spend time with family and friends, and enjoy great Mexican food.

Texans love Mexican food and know it can be both nutritious and delicious. Get in the holiday spirit today with this healthy recipe!

Avocados also are rich in potassium, fiber, and vitamins B, E, and C. In addition, they contain several plant-based nutrients, including:

Tuna has more protein than chicken, and it is affordable and easy to find at the grocery store. Tuna also contains selenium, magnesium, potassium, and omega 3 fatty acids.

Can I replace the red bell pepper with something else?

Diced tomatoes or cherry tomatoes (halved or quartered) are a good replacement for the red bell pepper.

I don’t like spicy things - can I leave out the jalapeno?

Yes – if you want to keep some heat, but not a lot, try a less spicy pepper like a poblano pepper. For more heat, try a hotter pepper like a habanero. 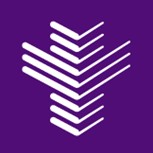 Need a Ride to the Doctor? PCHP May Be Able to Help

Have you ever missed a doctor visit because you didn’t have a way to get there? PCHP offers non-emergency medical transportation to all HEALTHfirst (STAR Medicaid) members.…

Plan Now for Back to School Health Checkups, Vaccines—and More

It’s time to get your child ready for back to school. Whether that means daycare, preschool, or K-12, Parkland HEALTHfirst (STAR Medicaid) and KIDSfirst (CHIP) can help!…

How to Choose a Medicaid Plan for Your Family

You applied for Texas Medicaid. Your application was approved. And that’s great news. You are one step closer to better health for yourself and your family. But there are a few more steps you need to…